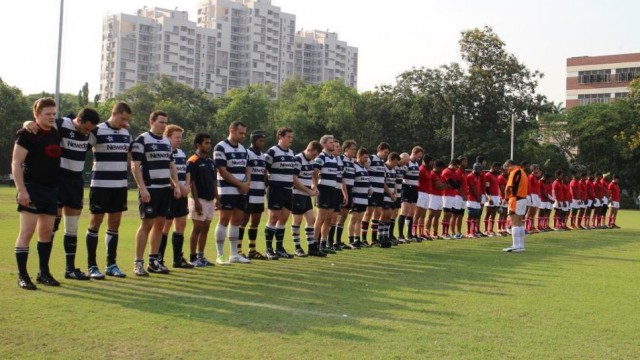 There was a moving tribute to the Vandals and other victims of the Bali bombings just before the CCFC game with HKFC last Saturday.

Our tourists to Kolkata this last week were the Vandals, part of Hong Kong Football Club. In 2002 the Vandals were on tour in Bali, when terrorists exploded bombs both inside and outside popular nightclubs – the total death toll was 202 people.

The bombs that night killed the entire Vandals touring party of 6 players and 2 out of 3 supporters on tour. In total 27 rugby players taking part in the Bali Tens were killed.

We remembered them all…